English
NEWS
You are here: Home » News » ROADS AND PARKING SPACES ARE THE CONNECTING THREADS OF MODERN URBAN INFRASTRUCTURE

Every year in large cities and metropolitan areas there are more and more cars. Due to the outpacing of the growth rate of motorization of the population over the provision of cars with parking, the problem of a lack of parking spaces for car parking not only in the city center, but also in non-central areas is becoming more and more urgent.

The problem of organizing the placement of parking space is solved in each country in its own way. So, in large European cities, park and ride parks are actively used, which are located near metro stations, railway lines, etc. This allows you to unload the city center from personal vehicles. The disadvantage of this type of car storage for a short period of time is that you have to use public transport. In Germany, England, the Netherlands, Japan, priority is given to mechanized underground parking, which are located under large squares, shopping centers, etc. Advantage: a small land plot is required, or it is not needed at all; car safety. In the Netherlands, a project has been approved to create underground high-rise cities - parking lots under the center of Amsterdam with car washes, car shops, gyms, swimming pools and cinemas. Under the city center, it was proposed to build six underground floors, which would solve the problem of lack of free space in the city center.

Courtyards sometimes turn into a real battlefield: cars stand on the lawn and curbs, pedestrians cannot pass, and drivers cannot exit. We figure out what threatens improper parking in the yard and what ways to solve the problem exist.

At the moment, there is a problem of organizing parking space in non-central areas of the city. The essence of the problem lies in the fact that despite the much larger number of parking lots of various types in non-central areas of the city, in comparison, for example, with the Central areas of cities, these are mainly private parking lots, and only 47.2% of the population of these areas use the parking space - in In other cases, this is parking in the adjacent territories. There are a number of important reasons for this statistic:

- inability to pay for parking in cash. It is worth noting that in most cities the cash payment method is not implemented. You can pay in cash only through the terminals of payment systems, often a commission is charged from the amount of the payment.

- lack of free parking - parking is paid 24 hours and seven days a week. In some cities, you can park your car for free on weekends and holidays.

- lack of preferential parking rights for residents of nearby houses.

- high price per hour of parking.

- lack of space for the organization of permanent storage of vehicles, especially in areas of non-central planning zone;

- predominance of garages-boxes and open car parks in the structure of places for permanent storage of vehicles, which determines the low efficiency of the use of territories.

Why parking violations can be deadly

Failure to comply with the requirements when parking a personal car can not only lead to conflicts with neighbors. In some situations, neglect of the rules leads to mortal danger.

According to fire safety rules, cars should not block driveways and entrances to residential buildings, as well as to fire escapes and water sources.

Thus, the number of available places for permanent storage of cars affects the safety of the population (both in terms of the safety of the car and its technical condition, and traffic safety) and the environmental safety of the urban environment (storage of cars on sidewalks, lawns). The solution of many of these problems, including the increased traffic load in the urban area of the metropolis, is very serious, and its solution should take into account both the existing world experience, and the specifics of traffic, and urban development.

One of the ways to solve the problem is, in our opinion, the placement of cars in specially designated areas for car owners in specially equipped parks, which can be owned not only by the municipality, but also by private entrepreneurs. The attractiveness of this method lies in the ordering of the location of road transport. In addition, this method provides municipalities with the opportunity to raise funds to carry out the necessary measures to improve the quality of life of residents: the construction of playgrounds, asphalting paths, etc.

Solving the problem of organizing a parking space by placing automated parking lots in the inner courtyards makes it possible to place a parking lot both as an extension to the “blank walls” of buildings in courtyards, and to build it into an existing building. The positive features of such parking lots include a small footprint, a high degree of automation leading to lower operating costs, and compliance with environmental requirements. This approach makes it possible to fully take into account all social, environmental and technical parameters and create a parking space that meets the requirements of consumers to the maximum extent. At the same time, due to its exclusivity, such a project will be much more expensive both at the design stage and at the stage of its implementation. 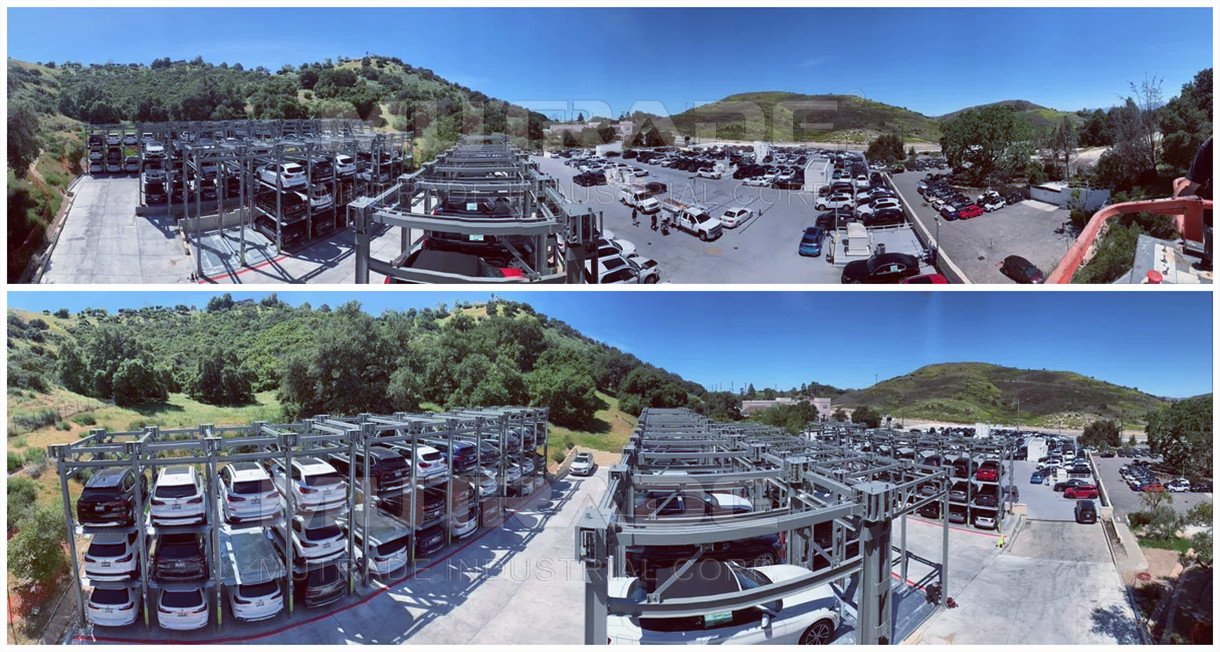 Multi-level automatic parking lots, organized in the most problematic places - at the entrance to the center, near the end metro stations, where people who live in the suburbs and work in the city arrive, etc. Such parking lots can have four, five or even more floors (in developed industrial countries, even thirty-story parking lots are not uncommon). This allows you to significantly save precious space, while providing everyone with the opportunity to inexpensively park a car. Maintenance of parking lots with robotic systems eliminates the need for drivers to maneuver in confined spaces. 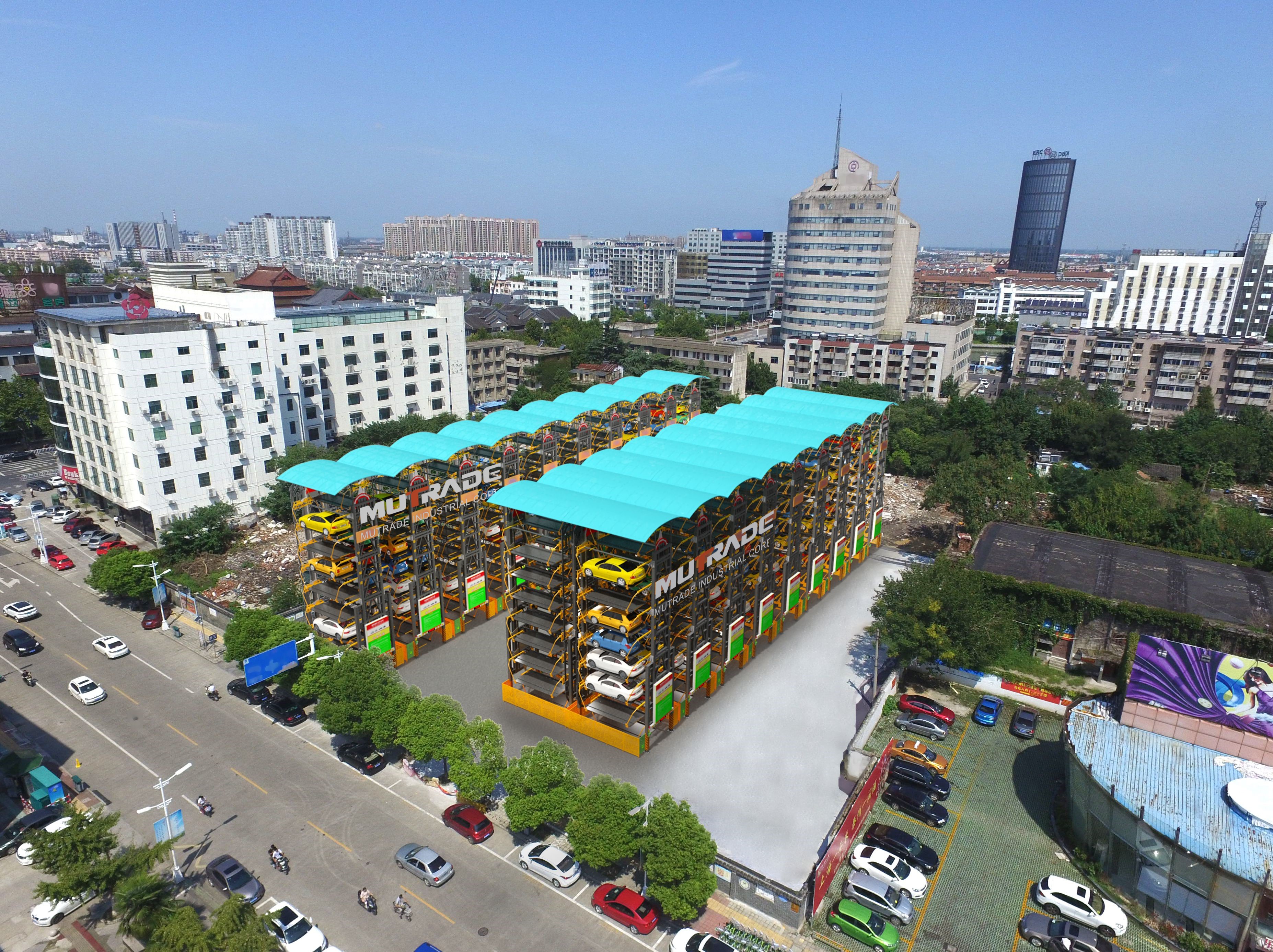 How are these parking lots convenient for residents?

The construction of parking lots equipped with parking systems solves several problems at once: from the safety of residents to the safety of vehicles.

But not only developers and city authorities should deal with the issue of parking in the city. Residents themselves should reconsider their view on this issue.

Even multi-level parking will not solve the fundamental parking problem. As long as the common territory of the yard is perceived as a free area for cars, residents will not get rid of an overabundance of cars in the yard.